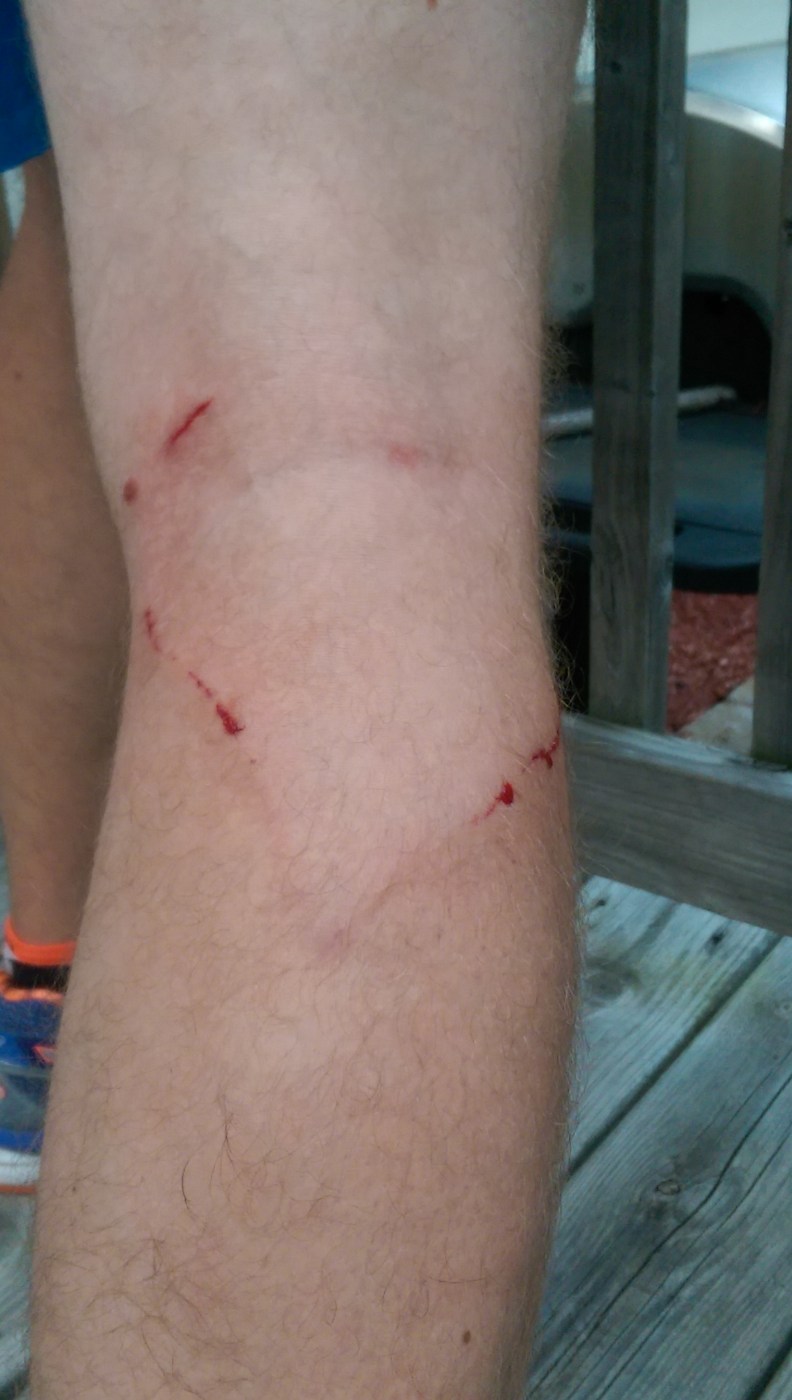 I want to do a quick post today highlighting a danger runners and walkers face everyday – dogs.

On Monday, during my evening run of a scheduled two-run day, I was approximately 2.5 miles into my 8 miles when I was attacked and bitten by a dog!

I was running on a normal route I’ve used for years. The owner was home and outside with his dog when this occurred. My wife and I have had issues with this dog running after us before, and following us for quite a distance.

This got me thinking, how many dogs are unleashed and running loose in yards in our area? A LOT! During my run last night I was able to think of a time where I encountered a dog, or two, at almost every home. In fact, I remembered another dog had bit the heel of my shoe last summer when I was running by.

I was not at fault. I’m allowed to run on a public right-of-way. I’m also allowed to be pissed! Although the bite could’ve been much worse, it was bad enough to prevent me from continuing, requiring at home first aid (although my wife was adamant I needed one or two stitches to properly close one gash), and severely slowing me down during my run the next day.

Runners have enough to worry about when out – pace, hydration, form, vehicles flying by without so much as inching over. Unfortunately dogs, or any other animal, are also potentially dangerous. Watch your backs and be safe out there!

Check out this article from Runner’s World with tips from multiple dog trainers.