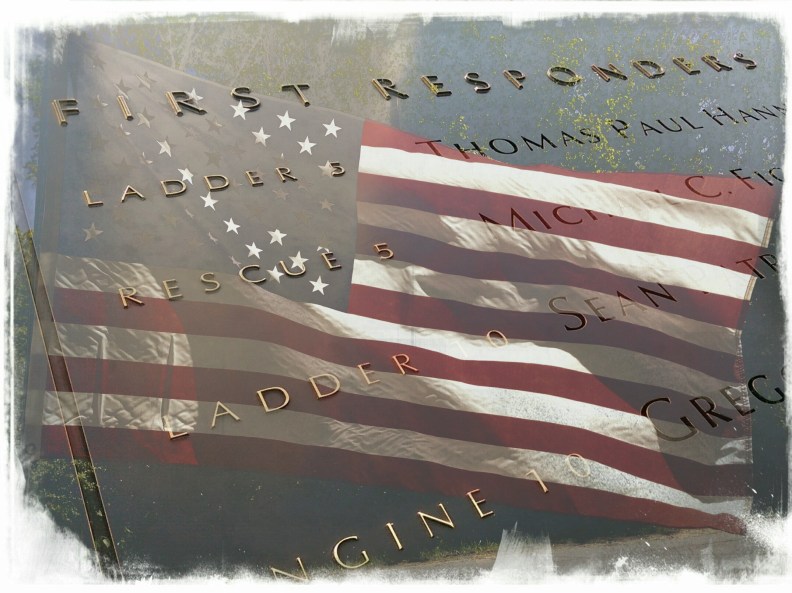 Before we get into our post for the day, we would like to take a moment to remember all the lives lost 14 years ago in New York, Washington, D.C., and Pennsylvania.

“Those were not welcome days. We buried sons, brothers, mothers, fathers, fiancées. Clocks ticked, but time did not pass. The sun rose and the sun set, but the shadows remained. When once there was sound, now there was silence. What once was whole, now was shattered.”

That day forever changed something in all of us. It is important we pay our respects to the men, women and children we lost that morning. It is equally important, now, to continue to move forward. Anything less would be an injustice to their memories.

As usual we’re linking up with Cynthia, Mar and Courtney for the Friday Five! This week there’s no theme so I’m going to share some things from our week.

1. Bonfire: We marked the unofficial end of summer with a bonfire with some friends. It doesn’t feel like fall quite yet with temps still in the 80s but we’re already starting to see some leaves falling in our backyard. We LOVE fall but aren’t quite prepared for the snow that’s coming all too soon.

2. The First Day Of School: Our son Parker started school this year. He’s doing well with the transition so far! He likes his new pals but isn’t super happy that he doesn’t ride the school bus.

3. Mobil baby: Peyton has been working hard on crawling. She’s got the scooting down pat but she goes in the wrong direction! She managed to scoot herself under the couch the other day!

4. Family Exercise: The other night after dinner Parker asked if we could go for a run. Travis was already out on his workout so we headed out the door and caught up with him at the end so Parker could run with daddy. We love that we are able to set a positive example for him and that he has taken an interest in running. We think he’s definitely going to be a future marathoner!

5. Not the morning view you want to see: This was my view after I dropped Parker off at school Thursday morning. We still haven’t figured out what exactly the issue is yet. Definitely not a great way to start a day!

Tell us something that happened from your week!

One thought on “Friday Five 9/11: Snapshots From Our Week”